Dealing with Culture Shock in Shanghai 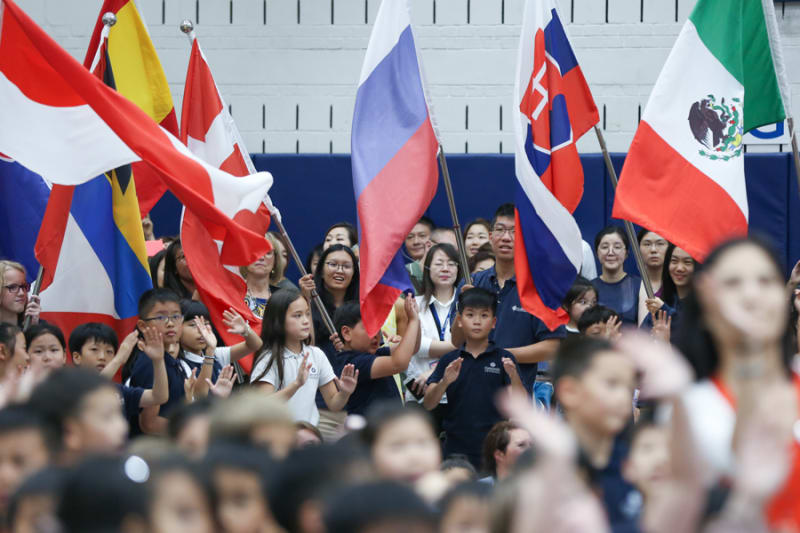 An individual’s reaction to any situation may be a result of many factors but a key indicator of probable positive outcome is skill and experience relative to the challenge presented.  In other words, push a beginner down an expert downhill ski run and it’s likely that they will report disliking the experience even feeling fear at times. It’s also highly likely that they will retreat to the safety of the clubhouse and not return. This is the skiing equivalent of the culture shock that about 20-30% of international assignees feel and it’s what causes some people to not complete their assignment and instead return to their home countries earlier than expected.

Shanghai is not the most difficult relocation in Asia but it is not Hong Kong or Singapore.  If you have never undertaken an international assignment before, your biggest challenge in Shanghai – assuming you don’t speak Chinese – will be the language barrier.

Phase One: The Honeymoon Phase

During the Honeymoon Phase (Phase 1) of culture shock, communication difficulties will seem a minor annoyance as you will be learning new Chinese words and starting to establish basic communication with non English-speaking people in your sphere, like taxi drivers, domestic helpers etc. During this phase, everything about Shanghai will be new and interesting and generally people see the city with rose-colored glasses.  Life is still being set up and baselines for acceptability are being established in all areas. Phase 1 generally lasts 2-4 months for most but depending on your preparation, experience and attitude, the Honeymoon Phase may never end.

Of the three possible human reactions to any challenging situation, those positive, optimistic people who tended to answer “1.Like” are the 1/3 for whom the Honeymoon Phase will never end. They will leave Shanghai with a lifetime of memories and miss the city when they are gone. For the most part, people in the top category of assignees to China tend to be people who have learned the language to some degree.  Hitting the ground running when first arriving in Shanghai is essential to setting the course of your assignment.

So the first step in dealing with Culture Shock is actually preparing better and in particular, learn some basic Chinese. If you are apprehensive about your move overseas for whatever reason in the lead up to your departure, it is highly likely the move itself will push your anxiety levels to a high point. When you finally arrive and set about the monumental task of putting your life back together, you are going to want to have the ability to be somewhat independent. To do this in China, you need basic Chinese language skills or at least a way to communicate like a translation app where you speak English and your phone will say your words back in Chinese.

Being able to independently communicate with your driver, ayi (maid) and local service people or taxi or DiDi (Uber) drivers will be essential to feeling you have control over your life. If you are used to being in control, then international assignment will test your flexibility in that regard.

It is unwise to think that you will maintain the same feeling of control over your life when you move to Shanghai as you did in your home country. Even with basic communication skills, you will be left feeling helpless in more nuanced interactions with locals. Using the rose-colored Honeymoon Phase of your relocation to develop your Chinese skills as much as possible will go a long way to helping extend the positive start to your time in Shanghai.

When asked, those expats who report having the most positive relocation to China invariably say it was the local people.  These same expats say that making the effort to develop Chinese language skills made cultural understanding possible and opened their minds and hearts to a side of China they hadn’t seen before.

The development of human empathy after establishing the ability to communicate is natural and a key to extending your honeymoon with China and assuring you do not fall victim to culture shock.

The key point to remember is that culture shock is the accumulation of anxiety relating to living in a foreign culture. That accumulation happens slowly over months to the point where for most, the Honeymoon Phase will end and Phase 2 (Negotiation Phase) will begin. It is in this phase that baselines for acceptability are being set in all aspects of an assignees life relative to the life just left.

The baselines themselves and the questions everyone asks themselves when establishing acceptability are different.  For some it’s the weather, for some it’s the food or air quality and for others it’s the communication barrier or a host of minutiae that don’t sit right. During Phase 2, all of the negatives and positives are thrown into the decision making machine and the machine gets turned on.

During this phase it's helpful to formalize the list of things you’ve been sorting out the last few months since arrival and make note of the things you have accomplished and those still in need of completion or improvement.  The feeling of helplessness that usually accompanies the Negotiation Phase of culture shock can be remedied by making a list (even if it's long) and setting some realistic goals to accomplish on a daily basis.  If you focus on having a few daily short-term goals that will have a demonstrative improvement on your life or the lives of your family, you will reduce the effects of Phase 2 significantly.

Concordia's Parent Support Organization helps
acclimate new families to life at the school and
in Shanghai.

Seasoned expatriate assignees report that the support networks they built in the first few months after arrival during the Honeymoon Phase were critical to making it through Phase 2 with a positive outlook, which is essentially about finding a way to move the baselines that are unacceptable by finding acceptable solutions. If the air quality issue was a major problem, then investing in some high quality home air filtration is most likely in order. If food safety was an issue, then finding reliable sources for imported food is the solution. The key is that the support networks you develop will have answers to many of the questions you have about improving your life and establishing acceptable baselines.

Phase 3 of culture shock is known as the Adjustment Phase and it is where all the work you put in during the Negotiation Phase aimed at improving your life and adapting to life in Shanghai are put to the test. For most, Phase 3 will occur in the second half their first year in Shanghai.

During the Adjustment Phase, more than half  of expatriate assignees will become what are termed ‘rejectors’. Like the beginner pushed down the expert downhill ski run, these people will tend to retreat to the safety of their home or compound and wait out the end of the assignment and a return home. Depending on the case, the assignment contract may be broken with the whole family returning home prior to the completion of their assignment in Shanghai.

These assignment failures are the nightmares of Human Resources and Global Mobility Managers, whose job it was to prevent such failures either by choosing personnel more likely to succeed or by providing sufficient support to assignees with special challenges to overcome during the relocation process.  In the event of complete assignment failure, the cost in terms of lost productivity is the biggest concern as replacing key staff on short notice is difficult often resulting in expensive bridge contracts for replacements. Broken leases and other agreements such as tuition add to the cost.

So if 50-60% of assignees become rejectors, what happened to the rest of them?

Of the remaining 40%, on average about 30% become what is known in relocation circles as ‘cosmopolitans’. These are people that were able to move the baselines for acceptability to a point where they found balance in their lives and some degree of peace in their new home in Shanghai.  Cosmopolitans tend to be able to seamlessly integrate into life anywhere and do so. They are much more likely to stay abroad after their first assignment and move onto a new assignment with their new set of cross-cultural skills in tow.

Many expats who excel at relocating and embrace the adventure, become de facto experts in relocating and those skills become a part of their professional skill set.

The remaining 10% of expats become ‘adopters’. Whether it’s Shanghai, another city in China, or another country entirely, adopters become so enamored with their new home that they leave their cultural identity behind and ‘go local’ as some like to say. They often marry locally and spend the rest of their lives in their adopted country.

For the cosmopolitans and adopters who pass the adjustment phase and find some normalcy in their lives in Shanghai, it can be said they moved to the Mastery Phase of culture shock. With this move, comes a sense of satisfaction and achievement at successfully finding the path to  making life work in Shanghai. 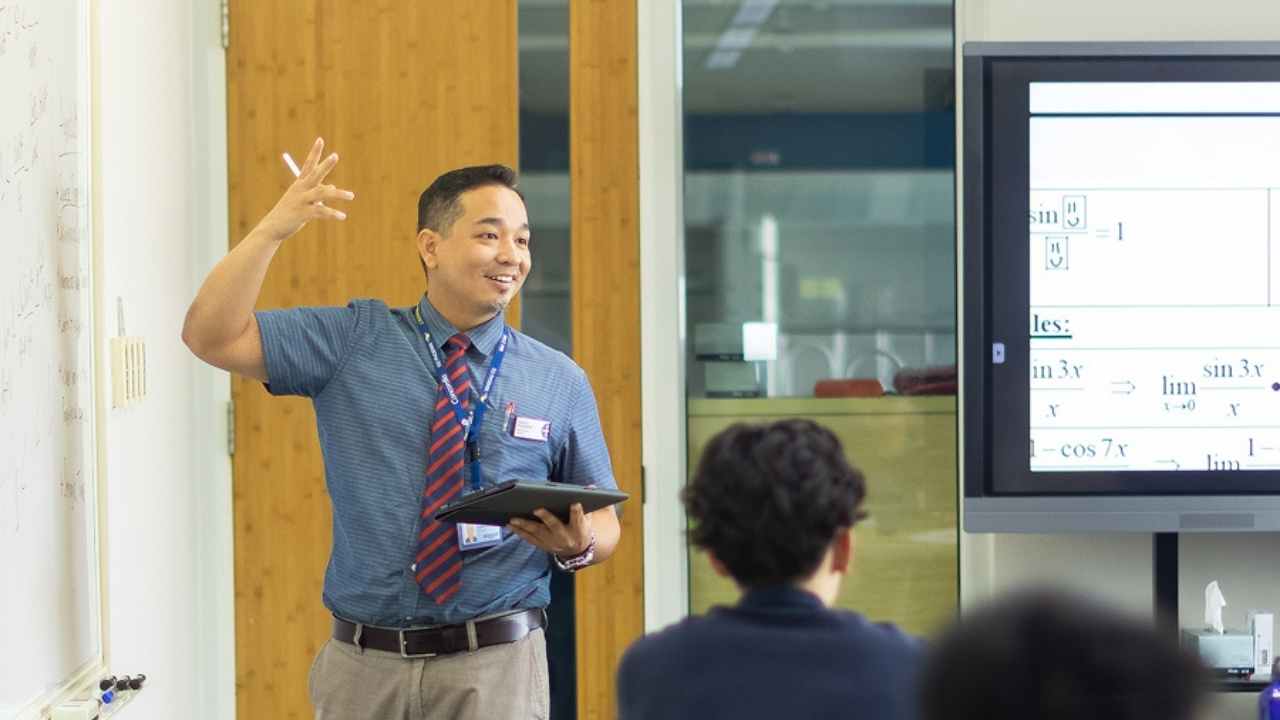 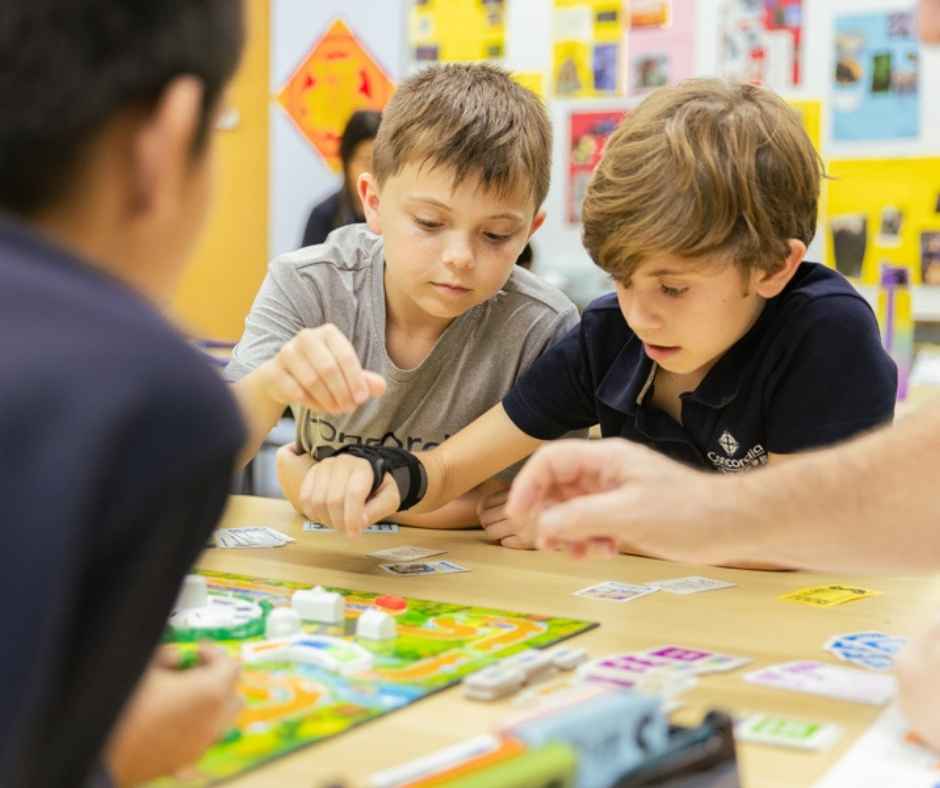 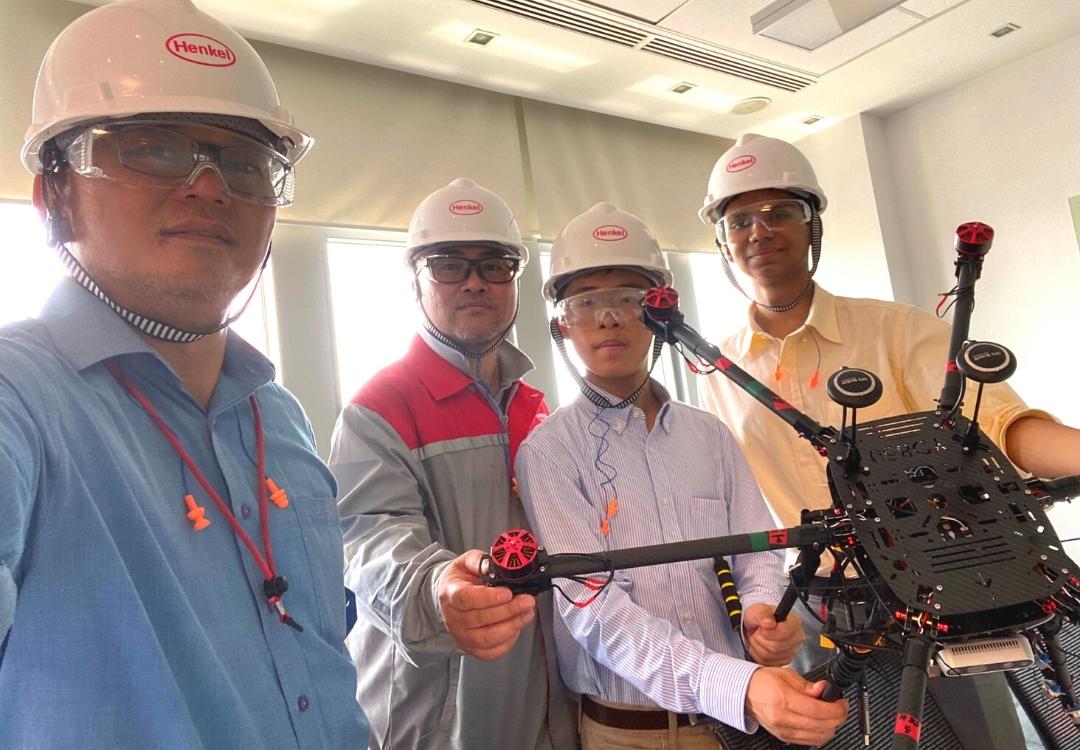 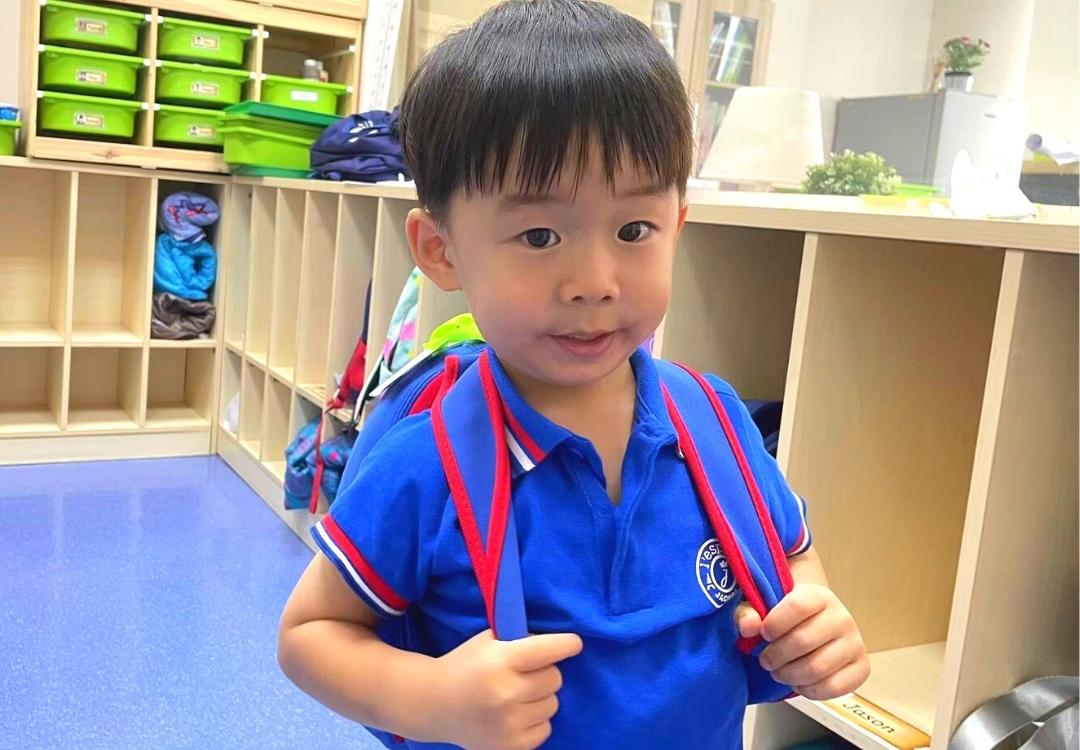 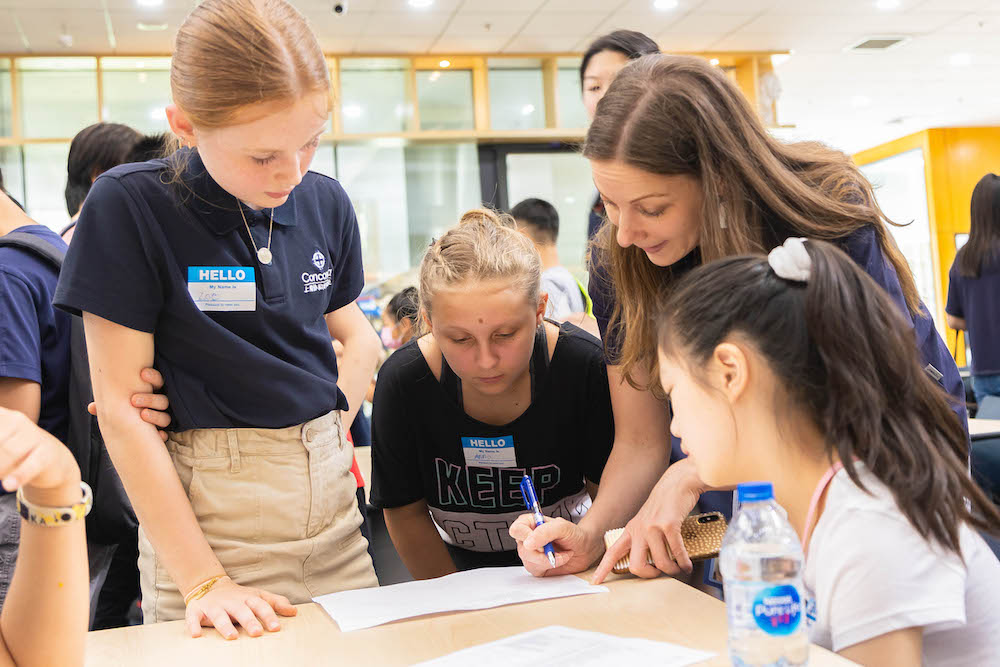