How to stay afloat in a world drowning in plastic

Plastic is the most prolific form of waste the world has ever seen. From the depths of the Mariana Trench to the heights of Mount Everest, humans have left no place untouched by plastic. Buildups of enormous quantities of plastic bags block sewage systems and produce toxins that seep into water supplies. Eventually, these toxins can enter our bodies, leading to many bacterial, viral and parasitic diseases. 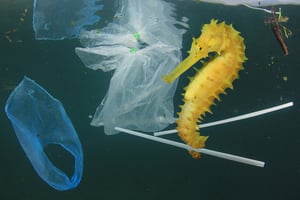 Out of Sight But Not Out of Danger

Single-use plastic is among the biggest problems our generation must address because it is mass-produced and non-biodegradable. It does not readily break down into non-toxic byproducts or other low-impact compounds and can take up to 1,000 years to decompose.

Studies show that even methods of disposal of plastics lead to a wide variety of problems. When buried, decomposed plastic combines with agricultural soil to release compounds like DDT and PCB. When animals eat filter feeder organisms or food that has come in contact with chemicals from plastic, they digest toxins that can lead to illness and death.

When burning, the combustion of plastic substances releases poisonous chemicals into the air. If inhaled, these airborne particles are absorbed into the bloodstream and cause numerous respiratory problems. This exposure has been proven to increase the likelihood of cancer, birth defects impair immune function, and disrupt the endocrine system.

With the rising popularity of food delivery, plastic bag use has grown rapidly in Shanghai. Just imagine the amount of single-use bags it must take to deliver food to an estimated population of 24 million people; that’s an incredible amount of plastic. Food delivery and take out have fed both the consumer’s stomach and the landfills, contributing to the 14.7 billion plastic bags and 60 million plastic cartons thrown away in China in 2017. Next year, more than 300 million tons will be produced worldwide.

In response to the world’s growing plastic problem, China has refused the import of plastic trash from other countries and has banned the production of plastic bags thinner than 0.025 mm in order to increase the chances of reuse and encourage people to not immediately throw them away. Several grocery stores and restaurants in various places in China now charge customers for the use of plastic bags and containers, and some Chinese businesses have completely switched to biodegradable plastic bags to counteract the buildup of plastic trash, providing a model for others to do the same. With these changes, China has made serious headway, decreasing its plastic waste from 1 million tons to 700,000 tons. Now, how do we deal with the rest? 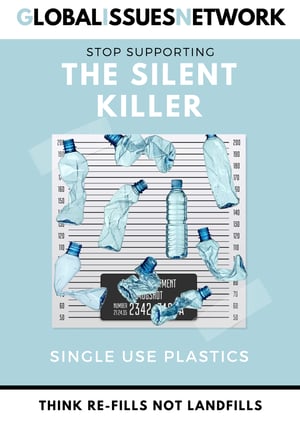 As a group of like-minded student advocates, we have been motivated to do the same in our community by starting a branch of BBPB here in Shanghai. Our mission is to raise awareness about the threats single-use plastics have on the environment and promote the use of reusable, eco-friendly alternatives.

BBPB Shanghai has taken part in several neighborhood events, where we’ve given out canvas bags as a means to educate the community about the importance of choosing reusable goods. We are currently in the process of organizing a neighborhood cleanup day in which a group of volunteer students will collect discarded plastic trash around Jinqiao to be recycled.

BBPB Shanghai seeks partnership and support from the community, businesses and perhaps even from city and local government, so that together we can significantly reduce the amount of plastic bags used in Shanghai.

This article was written by the students of BBPB Shanghai (Hoony K., Kamdyn T., Alan L., Isabella L. and Ashley W.) with help from Eleri L. and Camie H. These students are all active members of Concordia's high school Global Issues Network Club.