Working Towards Sustainability One Bite at a Time

In September 2020, a group of students at Concordia began an initiative within their school’s Global Issues Network to target an often overlooked, yet incredibly prevalent issue in their community–food waste.

Here’s a breakdown of the facts

According to the United Nations Environment Program, approximately one-third of all food produced is wasted. This is equivalent to about 1.3 billion tons of food wasted every single year. This wasted food goes to landfills where it rots and emits large quantities of methane–a greenhouse gas that can be 80 times more potent that carbon dioxide in damaging our atmosphere. Additionally, it’s not just the wasted food that has such grave impacts on the environment; the production of the wasted food in the US alone generates the equivalent of 37 million cars’ worth of greenhouse gases in a single year (USDA), not to mention the pollution of waterways, degradation of soil, and deforestation done in the name of farming. It is alarmingly clear that from production to plate to landfill, the food that we don’t eat is terrible for our environment. 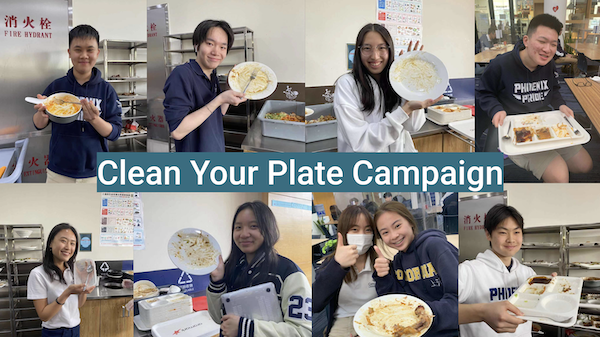 Just as all project-based solutions start, this initiative began with education. After a small group of Concordia students attended an “Own What You Eat” conference event in September 2020, they left not only equipped with a better understanding of the impact our food has on the world around us, but also with a new determination to target the problem of food waste in their own community. Once the students in the newly formed food waste team had conducted their research on the problem of food waste, they got to work on the next step: collecting data to begin finding solutions for food waste in their school.

With the support of Concordia’s administration and Aramark (the school’s food supplier), members of the food waste team were able to collect qualitative data about the types of food being wasted while also regularly weighing the amount of food wasted by the school. They found that on average, Concordia wastes around 309 kg of food daily, and that was just from lunch. This meant that in a 5-day week, about 1,547 kg of food was being wasted. Even accounting for inedible food waste such as banana peels, the amount of wasted food was extreme. 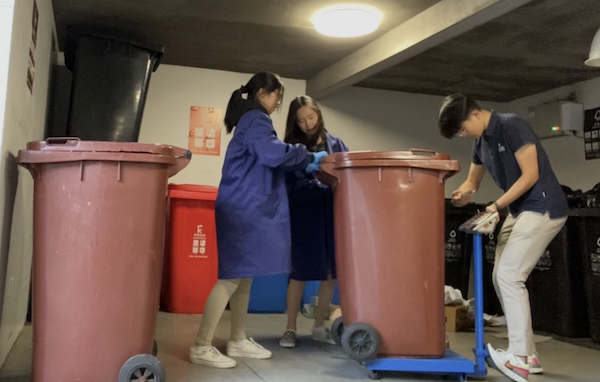 So, with the facts and the data in hand–the food waste team at Concordia began to work on the solutions by tackling the issue from all fronts. By working with Aramark, PSO teams, faculty, administration, and the student body, the food waste team was able to work on solving the issue at multiple levels. Awareness videos and poster campaigns helped students and faculty learn about the impact of their wastefulness, a tracker with set goals motivated students to hit lower food waste targets, newsletters and emails to parents urged them to help their kids be conscious of food waste at home as well as in school, and speaking with Aramark staff allowed for the normalization of communication between food servers and students–asking for portion size is as simple as 1, 2, and 3 (a little rice, a medium amount, or a lot)! 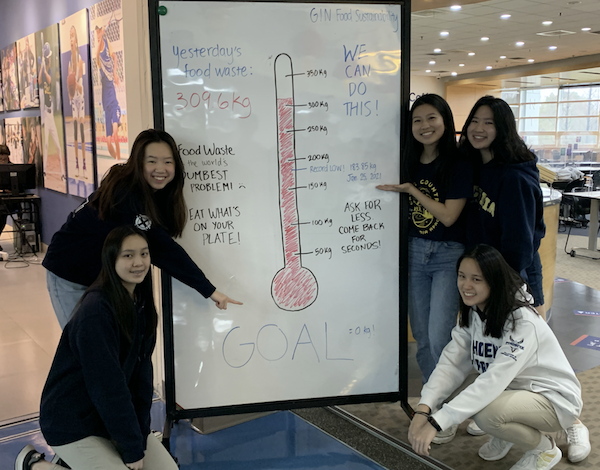 All of these efforts were by no means in vain. The food waste team began the brunt of their campaigns in the wintertime and by April, the average amount of food wasted per day was 107 kg, over 200 kg less than the original average of 309 kg at the beginning of the school year! While the food waste campaign at Concordia can definitely be called a success, there is still a ways to go. In the coming years, the ongoing food waste team looks forward to partnering with other schools around Shanghai to develop similar projects while also finding ways to keep the amount of food waste low (or get it even lower) while additionally branching out towards more aspects of sustainability in food such as composting and promoting plant-based diets. The story of Concordia’s food waste team exemplifies a simple yet powerful notion: positive change is caused by two things–education and action. So, take action today, even if it’s as simple as eating what’s on your plate. Let’s remember to clean our plates, and work towards sustainability, one bite at a time.