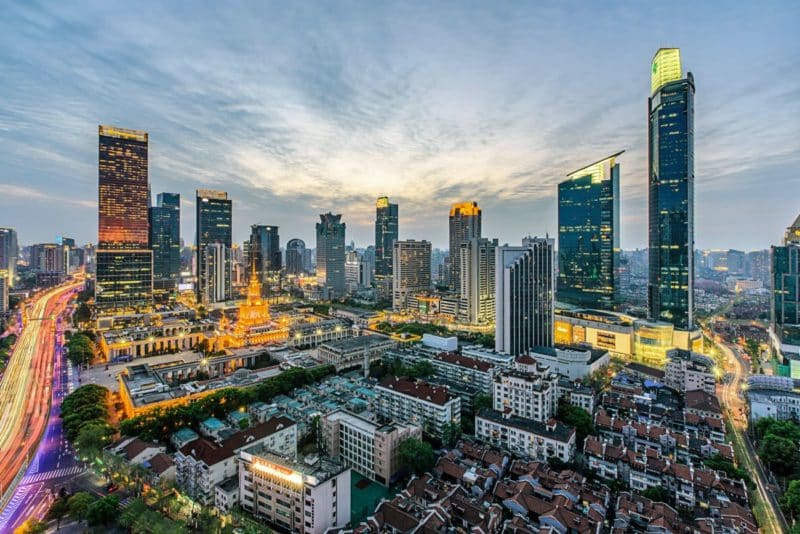 If you were asked to name the the pulsing retail center of the Chinese universe, Jing'an would be first on your lips. In the whole country, no other street is quite like Nanjing West Road. That said, the area buzzes with life and vitality. At 7.62 square kilometers it is one of Shanghai’s smallest districts and one of its most densely populated with about 40,000 people per square kilometer. One of the oldest luxury serviced apartments in Shanghai, Shanghai Center, is at the heart of Jing’an from an expat perspective. The complex it is in along with the Portman Ritz Carlton Hotel, a large City Shop supermarket, various excellent restaurants and a Starbucks was the de facto center of expat life in Jing’an for a decade and while it still is in many ways, the entire district is brimming with dining and entertainment options from the very best to the very cheapest in Shanghai.

There are a wide variety of apartments in Jing’an and they are some of the most prestigious in the city. They are also some of the most expensive per square foot. The main reason for that is that Jing’an is central to the entire city. The Bund and French Concession are blocks away though for most, everything is right around the corner. There is excellent street food in the morning for the many who walk to the Metro and in the evening the choices of restaurants is endless. While living dense has its challenges, it means that there are always a lot of options for most things nearby.

Functionally speaking, the southern and northern borders of Jing’an are formed by Yan An Elevated road and Suzhou Creek respectively. The eastern edge of the district is marked by Chengdu North Road just to the west of People’s Square. The western edge of the area is a little bit fuzzy as Jing’an blends into Zhongshan Park due mostly to the fact that residents of Zhongshan Park would much rather say they live in Jing’an than Zhongshan Park. 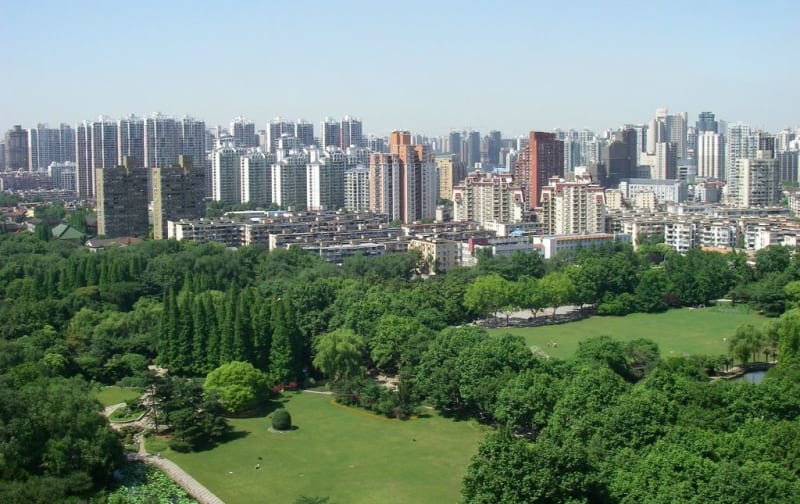 The area adjacent to Jing’an to the west is Zhongshan Park. The nexus of the area is the Zhongshan Park Metro stop and the Cloud Nine Shopping Mall at the corner of Kaixuan Road and Changning Road. This area has more of a ‘sea of high rise apartment buildings’ kind of feel though the massive Zhongshan Park does break up the monotony. More of a working class neighborhood, there are nice apartments to be had in this area as well and the price is generally a good step down from Jing’an.

The area between Zhongshan Park and Jing’an around Jiangsu Road is more popular with expats looking for more bang for their buck as it marks the boundary of the older area of the city so there is still some character and culture to be seen in the alleys and buildings. There are some fantastic historic villas to be rented in the area south of the Jiangsu Road Metro stop and they are much cheaper than elsewhere in the city.

All in all, people who fall in love with Jing’an, usually do so because they love to feel like they are at the center of it all and Jing’an provides that. In places like this, that literally hum with activity, time seems to pass more quickly as if trying to keep up with the pace of life.